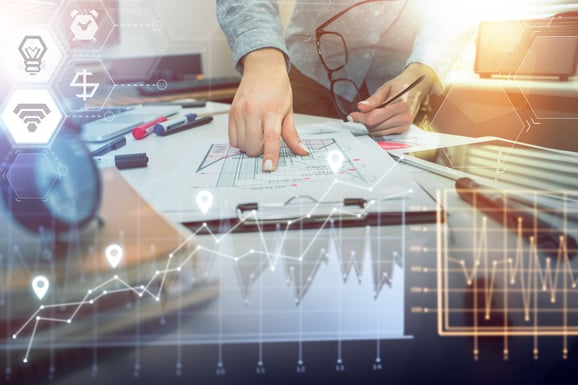 If your B2B company uses Salesforce, you’ve likely heard of Pardot, the marketing automation platform that Salesforce acquired in 2013. But does that mean that Pardot is the best solution for your company? We go inside Pardot’s history, and its pros and cons, to help you make the decision.

In 2006, David Cummings brainstormed the concept of Pardot with his co-founder and bought the domain Pardot.com for $8. The name is a Latvian verb meaning “to market” or “to sell.”

Their original model was a pay-per-click bid arbitrage platform designed to generate leads from potential technology buyers and sell them to technology vendors. But a year later, they pivoted their model to a B2B marketing automation platform when they realized that such software provided a much bigger business opportunity.

In 2009, they added email marketing to the product, passed the $1 million revenue mark and decided it was time to raise venture capital to significantly accelerate their growth. But after sales took off in the fourth quarter of that year, they changed their minds and decided to stick with growing organically.

In 2010, after raising prices to $1,000 a month, Pardoy was named the No. 1 fastest growing technology company in the Metro Atlanta area by the Atlanta Business Chronicle with a 42,000% growth rate (“It’s easy to grow fast on a relative basis when the first year’s revenues are almost $0,” Cummings notes).

In 2012, after passing $10 million in annual recurring revenue and recently updating its platform with a content builder and an Eventbrite integration, Pardot was acquired by email marketing giant ExactTarget for $95.5 million. At the time, ExactTarget said the goal of the acquisition was to create an end-to-end single service that encompassed email, internet, social media and mobile that worked for both B2B and B2C organizations.

Thus, Salesforce acquired Pardot when it acquired ExactTarget in 2013, and the company is committed to bridging the gap between marketing and sales via innovation. Pardot’s end goal, as the company puts it, is to make it possible and simple for its customers to deliver a unique, personalized experience that is scalable, thus forging stronger client relationships and increasing revenue and profitability.

Pardot says that its customers have seen sales revenue increase 34 percent and marketing effectiveness increase by 37 percent, on average. Some of its biggest selling points are that it’s:

A few of Pardot’s weak spots include:

The bottom line: Pardot’s key features can add productivity and increase the success rate of marketing campaigns. And if your company uses Salesforce, Pardot's seamless integration offers advantages that other martech platforms don't. However, the web hosting limitations and the higher price point may make other platforms a better match for your team’s resources and capabilities, and your investment.

Relequint is a full-service digital agency providing inbound marketing for business-to-business clients seeking sales qualified leads. Relequint focuses on creating content for the customers you want through research, blog marketing and social media, increasing the number of sales qualified lead conversions to grow your business and online engagement, confirming what works and what doesn’t in your social communities using analytics to identify successful lead conversion and then changing and adapting the process into a consistent return on investment by implementing them as new inbound workflows and formulas. Relequint recognizes the importance of maintaining brand integrity throughout the content marketing process.